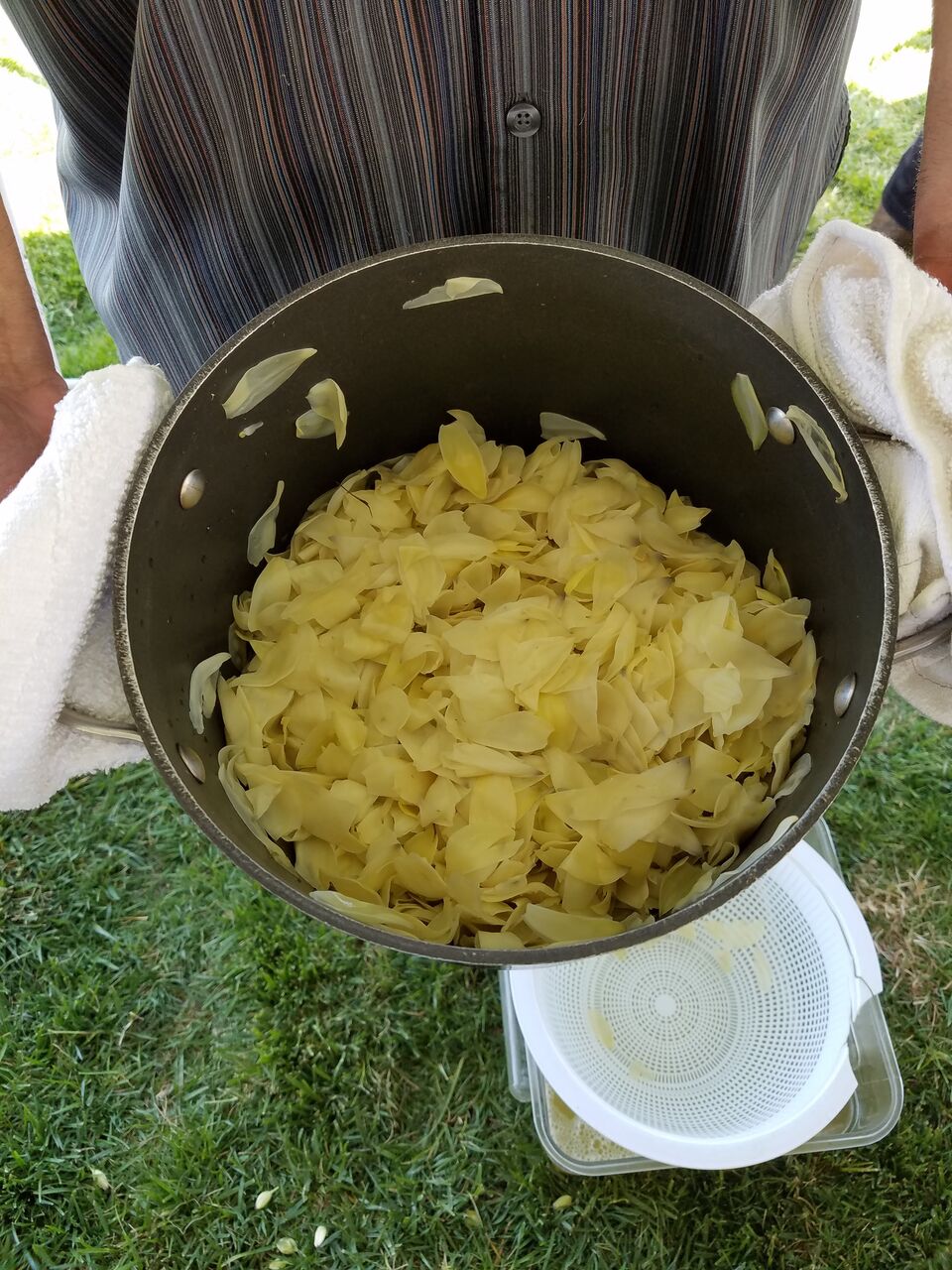 Boiled yucca blossoms have a subtle flavor similar to an artichoke.

The yucca has a strong cultural meaning to the San Manuel Band of Mission Indians.

Its delicate spring blossoms are harvested for food. Yucca fronds can be processed into rope or be woven into sandals and clothing. When rubbed in water, the plant produces a foamy soap. It can be used as a medicine, and its hardened stalk serves as a trusty quiver for arrows.

The San Bernardino Valley Water Conservation District and the San Manuel Band of Mission Indians cooperatively steward the cultural native flora through a mutual agreement. This agreement highlights the alliance of the tribe and the district in preserving the natural environment and traditional uses associated with the wash.

“The Yucca Harvest is a big part of the collaboration between the water district that helps us preserve our culture,” said San Bernardino County Supervisor James Ramos (Serrano/Cahuilla), a former chairman of the tribe.

Other plants, such as the white sage, dog bane, acorn, cactus, pinyon, and juniper berry are also cultivated at various times and locations to celebrate and continue the tribe’s culture, tradition and harmony with the Earth.

Several tribal members from as far as San Francisco came to join in on what Ramos called “a fun-filled family event.”

Willie Pink (Luiseño /Kumeyaay) of Topanga oversaw traditional games such as dice made from walnut shells or a yo-yo like game that involves catching hollowed acorn caps on a stick.

“That’s a game that requires practice,” Pink said, chuckling as a newbie gave the game a try.

The event featured Cahuilla bird singing and Serrano songs, a demonstration of how to cook the yucca blossoms, Tuolumne Me-Wuk dancers, an acorn mush demonstration and more.

Lunch included boiled yucca blossom – which have a subtle flavor that is brighter than, but similar to, an artichoke – yucca bread, yucca salad, rabbit stew, deer chili and other popular dishes such as tamales and tortilla chips.

People spoke about the importance of practicing tradition so that younger generations can retain those memories and carry them on. One speaker, Wally “Uncle Wally” Antone (Fort Mojave) said he retained his knowledge of the local language over the years because he grew up speaking his native tongue at home.

“There’s a lot of difference when you’re brought up traditionally,” he said. “That’s a little bit of what we’re trying to do here today.” 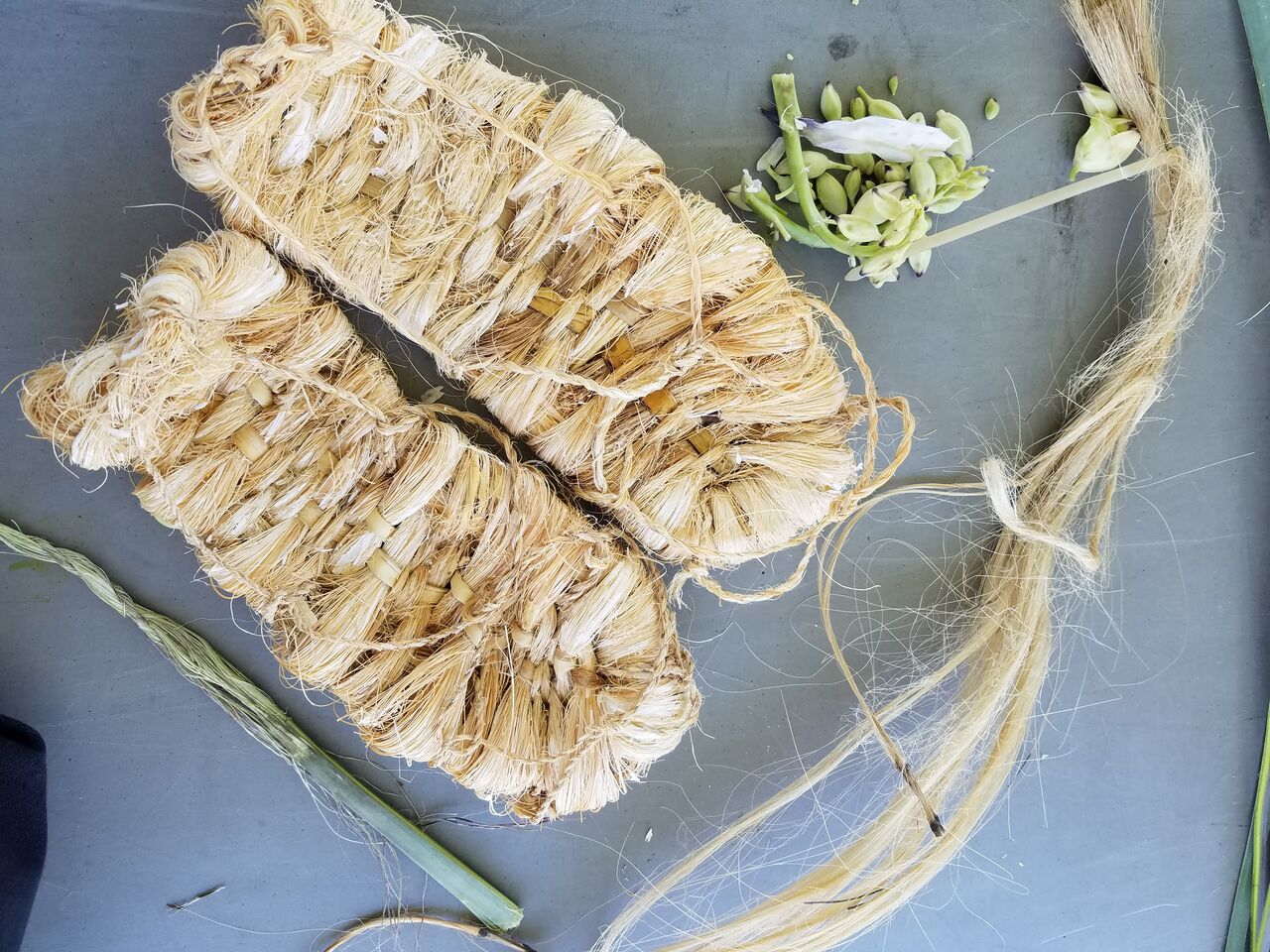 Yucca fronds can be woven into rope and sandals, (above). 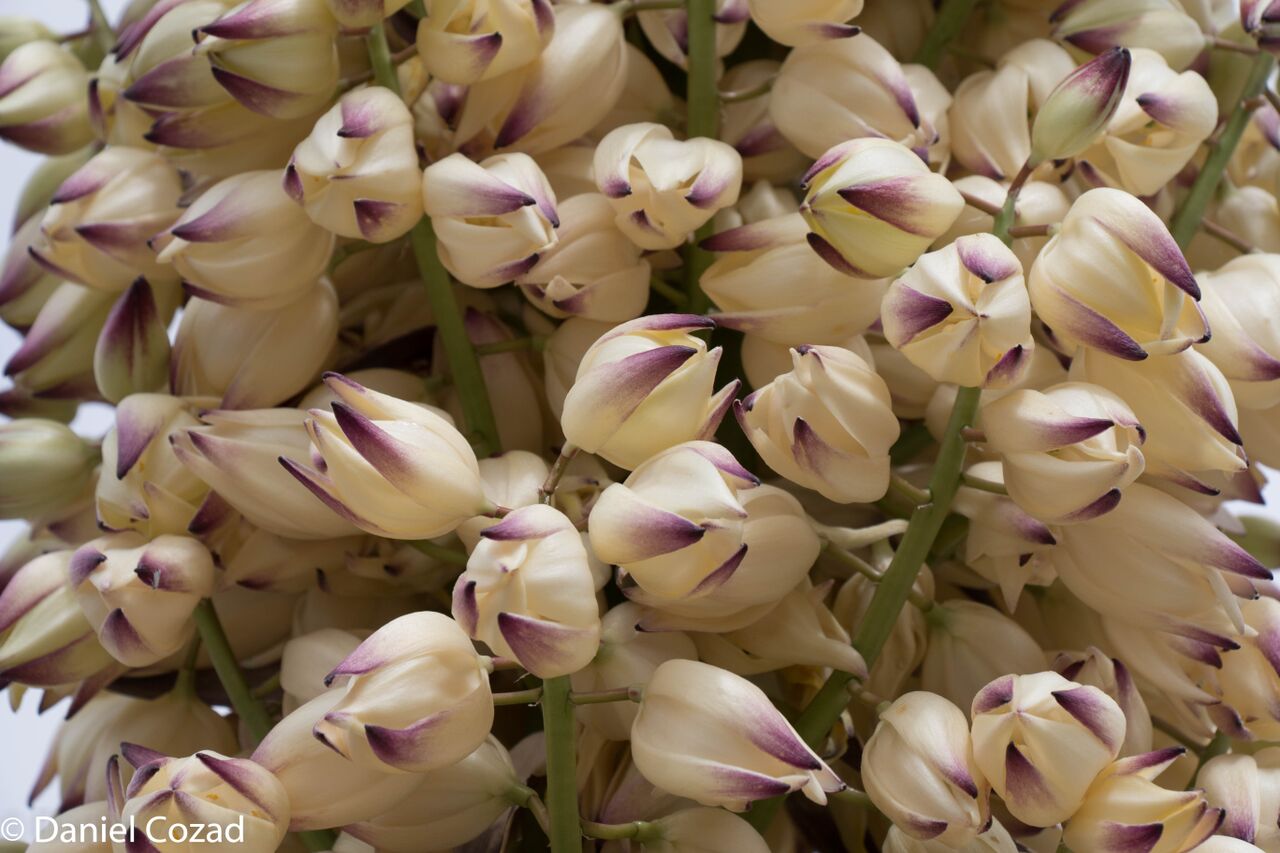