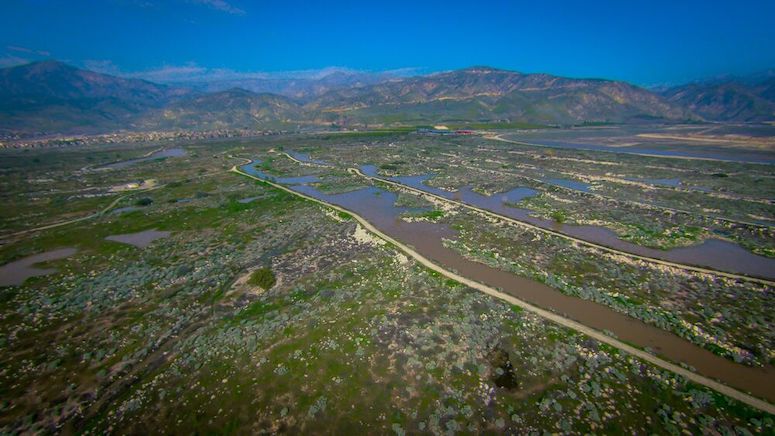 Last year was a record-breaker for water recharge in the San Bernardino Valley, thanks to this unparalleled and voluntary partnership – with water districts and cities working hand-in-hand to restore the region’s once-bountiful aquifers.  More than 70,000 acre-feet of snowmelt, rainfall, imported and recycled water was captured and percolated into the groundwater basin in 2018-19 for future use in emergencies. The last time the region stored that much water was in 1987, coming down from a period of successive wet winters. Prior to that, water storage didn’t achieve those levels since the late 1940s.

“We are extremely proud to be recognized as developing the top project in California by our peers,” said SBVWCD General Manager Daniel Cozad. “Collaboration is the best approach to addressing regional challenges, and by establishing the Groundwater Council, we have been able to achieve phenomenal water storage to serve the region well into the future.”

Valley District General Manager Heather Dyer said the Groundwater Council is one facet of many team efforts being implemented throughout the valley to build water resilience for the people who live here.

“Years ago, the tendency among water agencies was to fight over who owned which resources,” she said. “But there is a new wave of collaboration driving many successful projects that are changing the future of water for this region in very positive ways. Our agency is proud to be a part of the effort.”

For many years, traditional methods of trapping local rainfall and snowmelt has no longer met the water needs. Pumping in the basin began to exceed safe yield in the 1980s, and the situation has grown worse as local populations grew and the region became increasingly plagued by drought.

The Groundwater Council brings agencies to the table to contribute water, money or both in order to develop a sustainable model of groundwater management.

While other parts of the state many be facing mandates to work together under the Groundwater Sustainability Act of 2014, members of the Groundwater Council joined forces several years ago – putting more than a century of experience into best practices for determining how to fairly distribute the region’s most precious natural resource.

For more than a century, the SBVWCD has stewarded the San Bernardino Valley water basin and the native species of the Upper Santa Ana River Wash. Its collaborative approach to project management assures high-quality local water supplies for people, agriculture, and the environment. This includes groundwater recharge and oversight, and protection of habitat and native species in the Wash. SBVWCD has recharged more than 417 billion gallons of water since its founding. Visit www.sbvwcd.org. Follow it on Facebook.